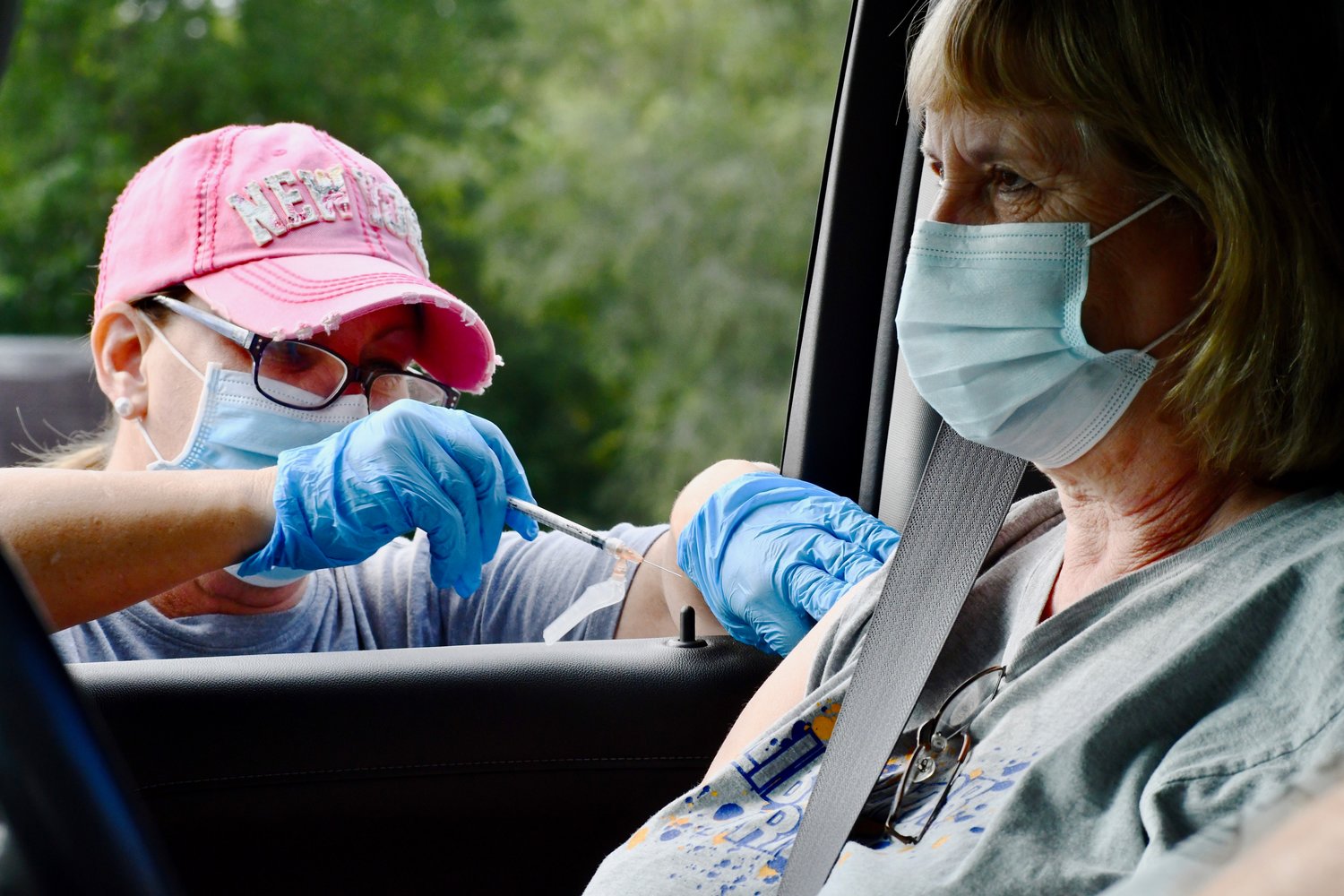 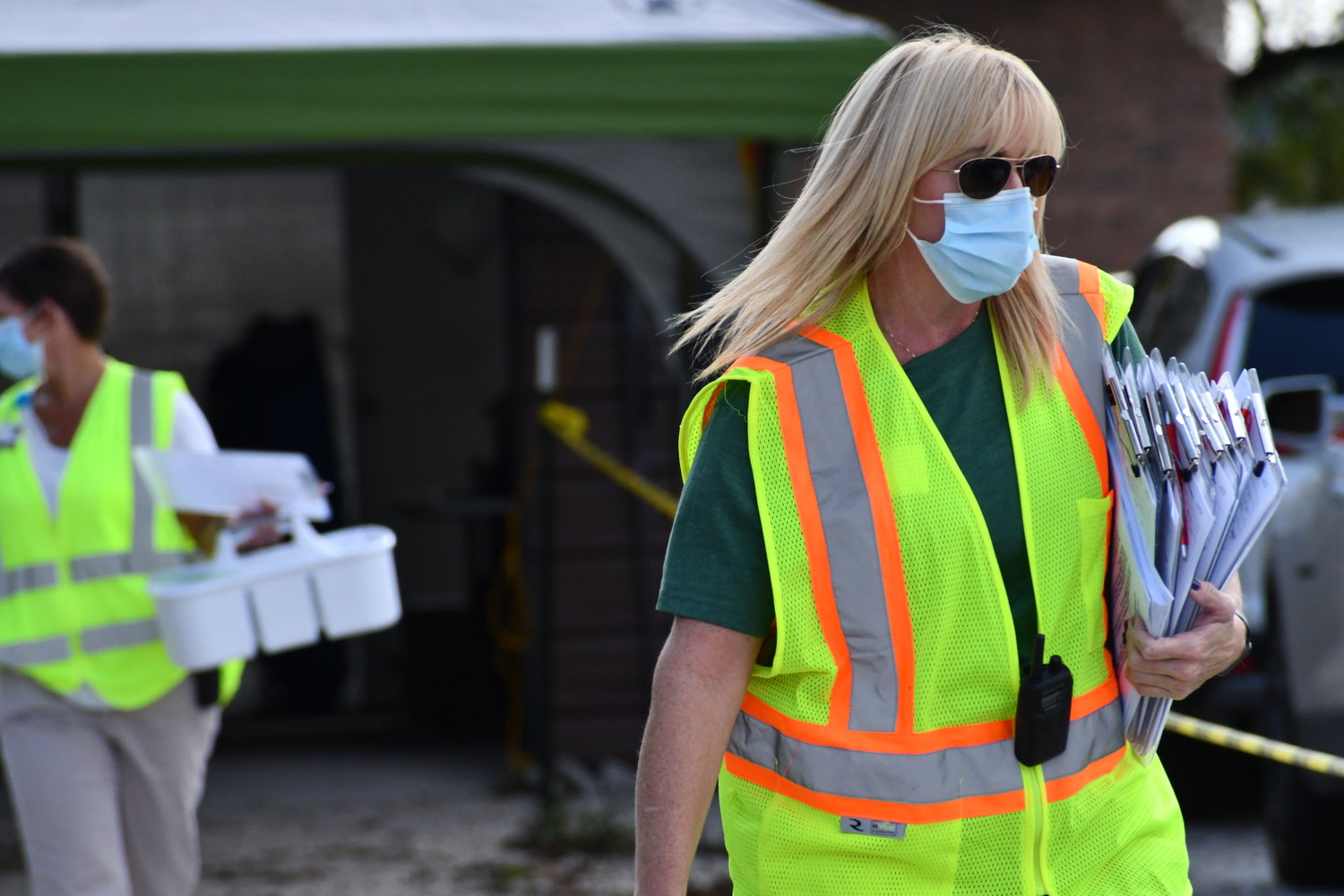 Brittany Campbell is loaded down with charts for the incoming clients.
STAFF PHOTO/LINDA SIMMONS 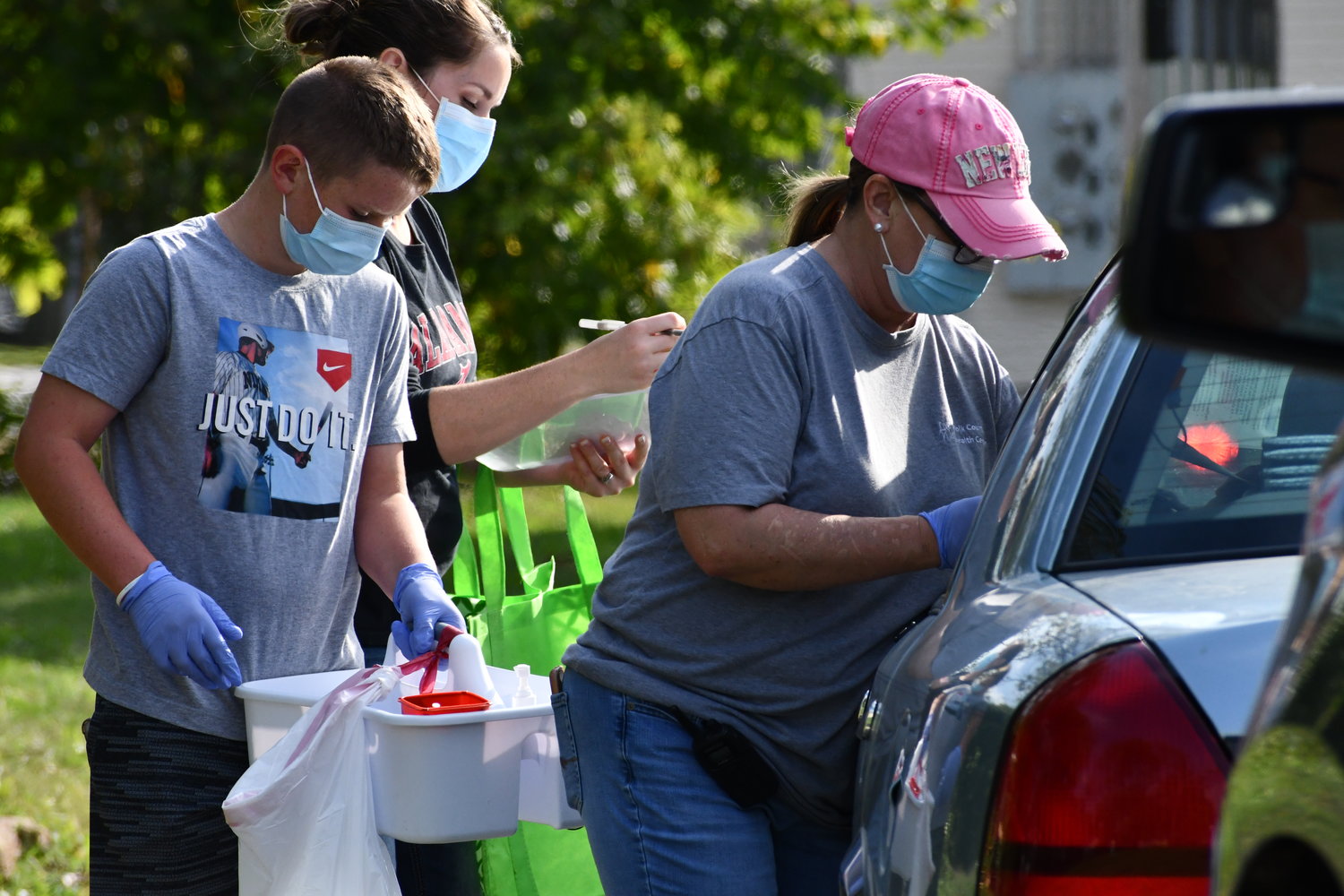 Carol Bookout visits with a client getting ready to be vaccinated.
STAFF PHOTO/LINDA SIMMONS 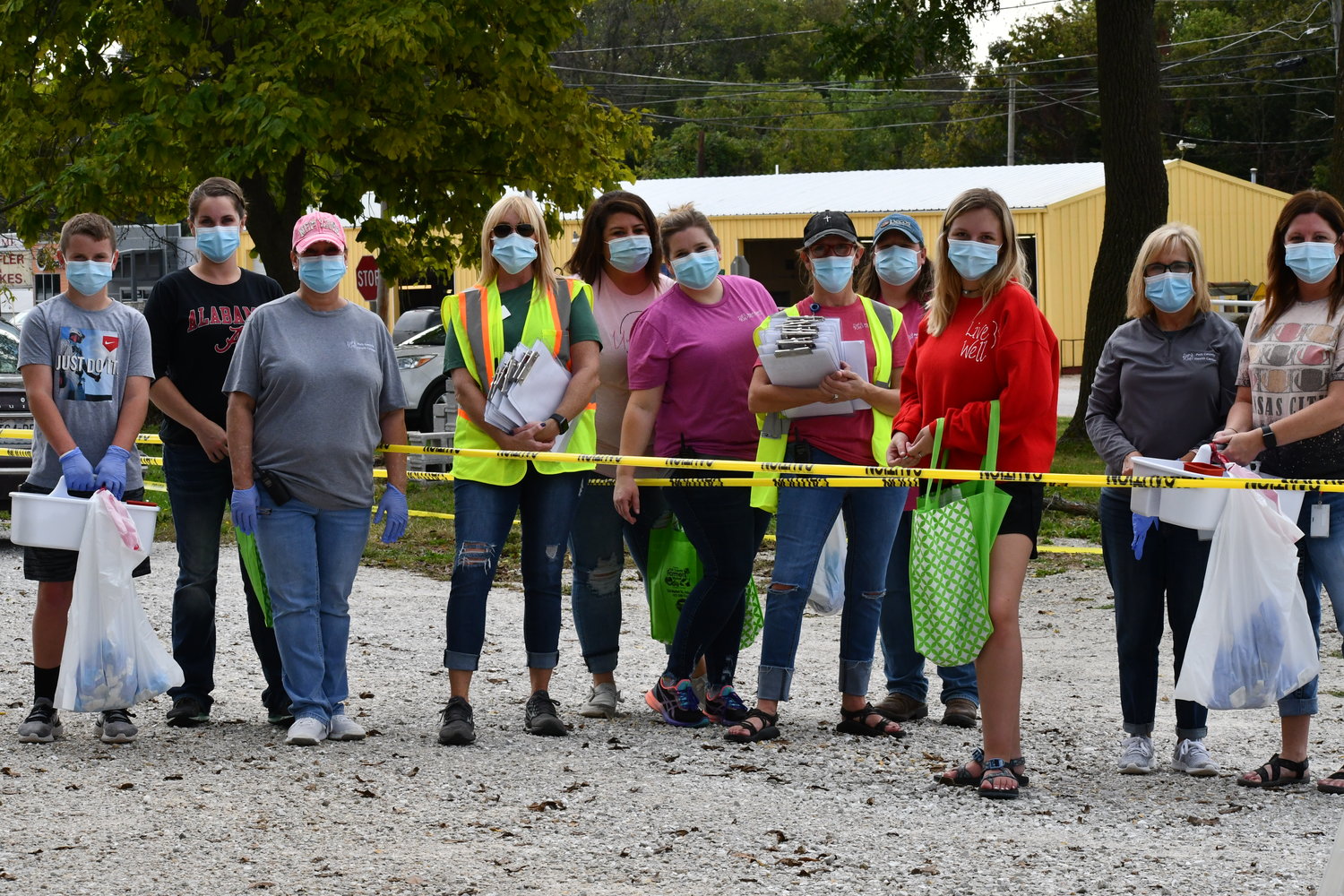 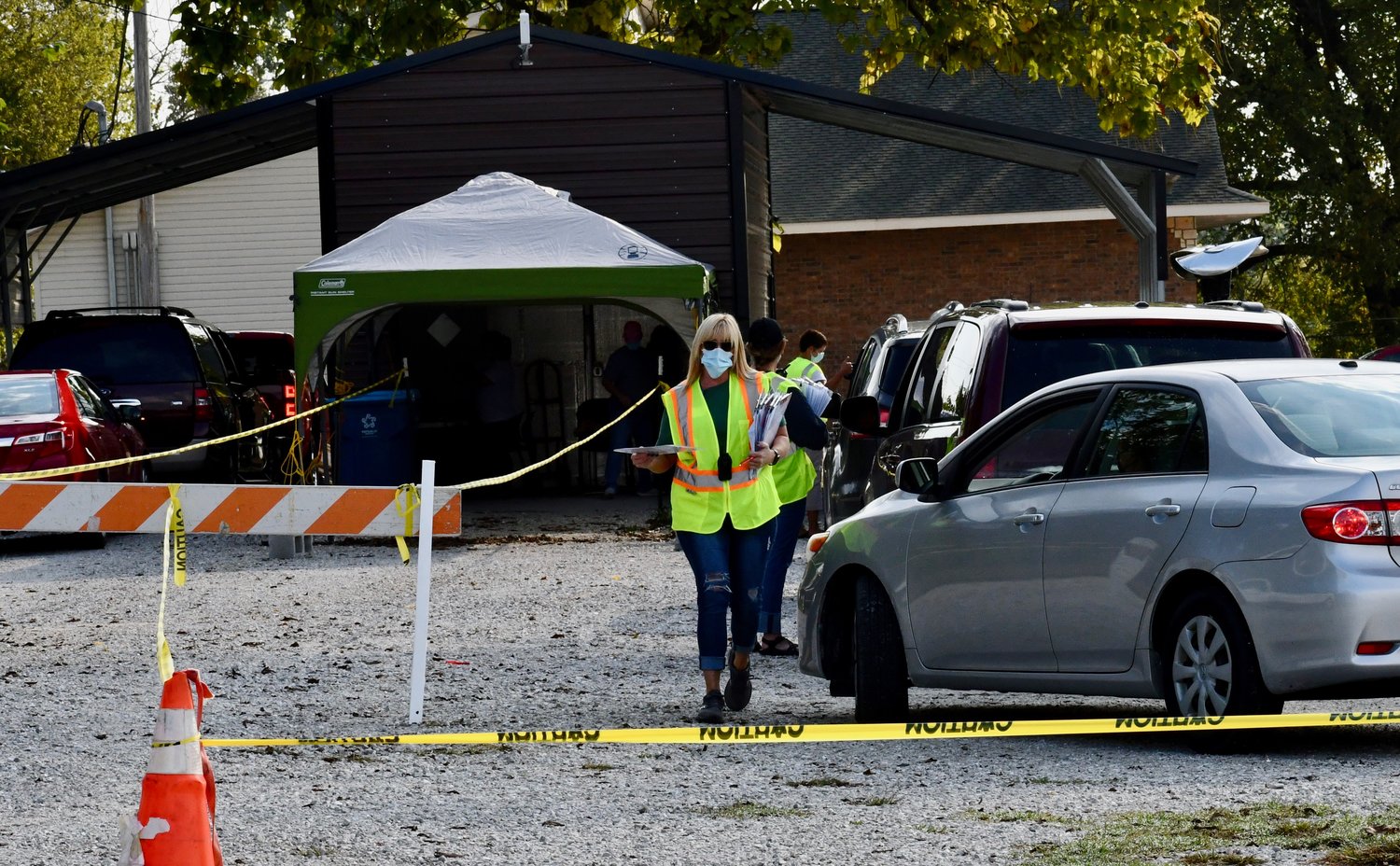 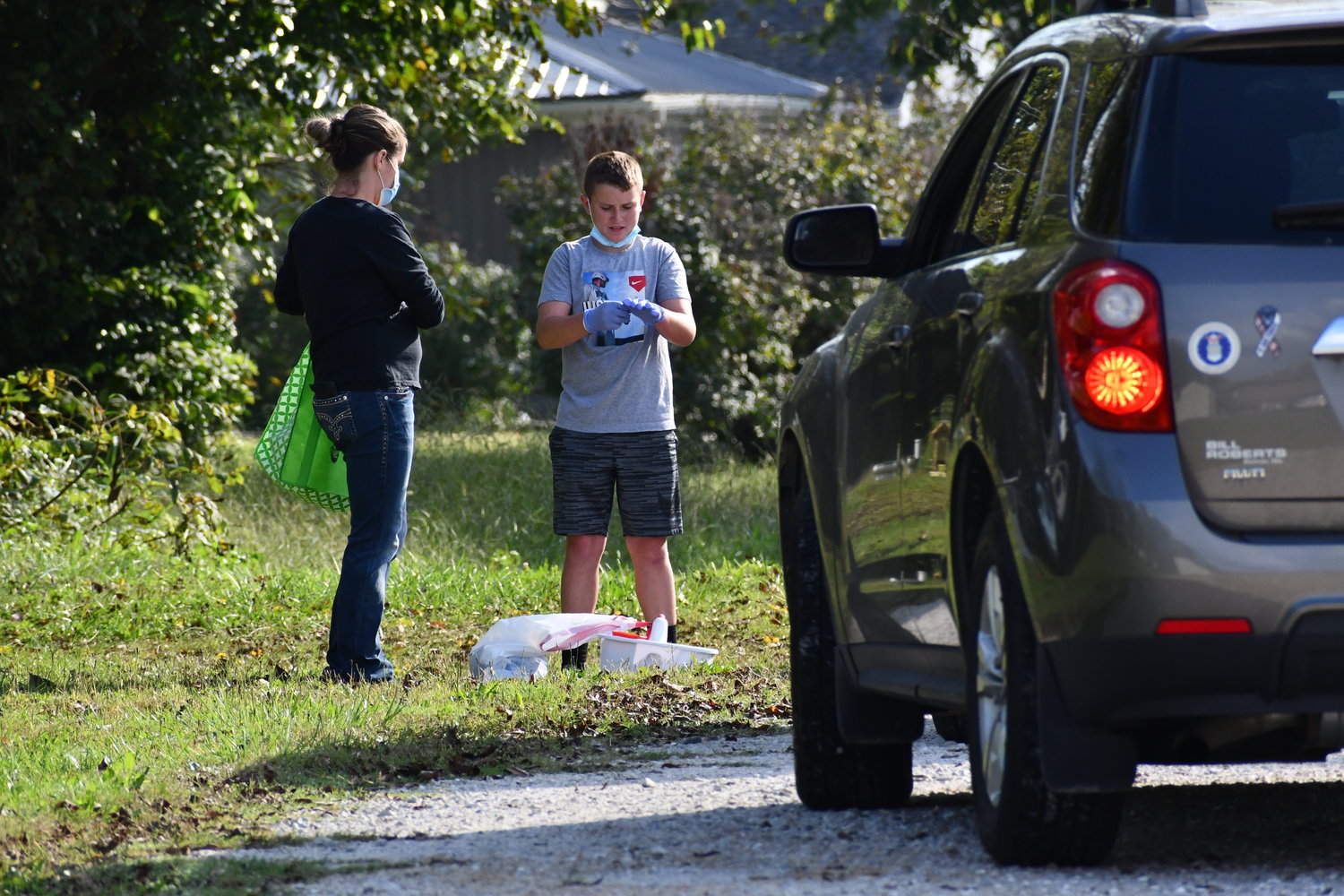 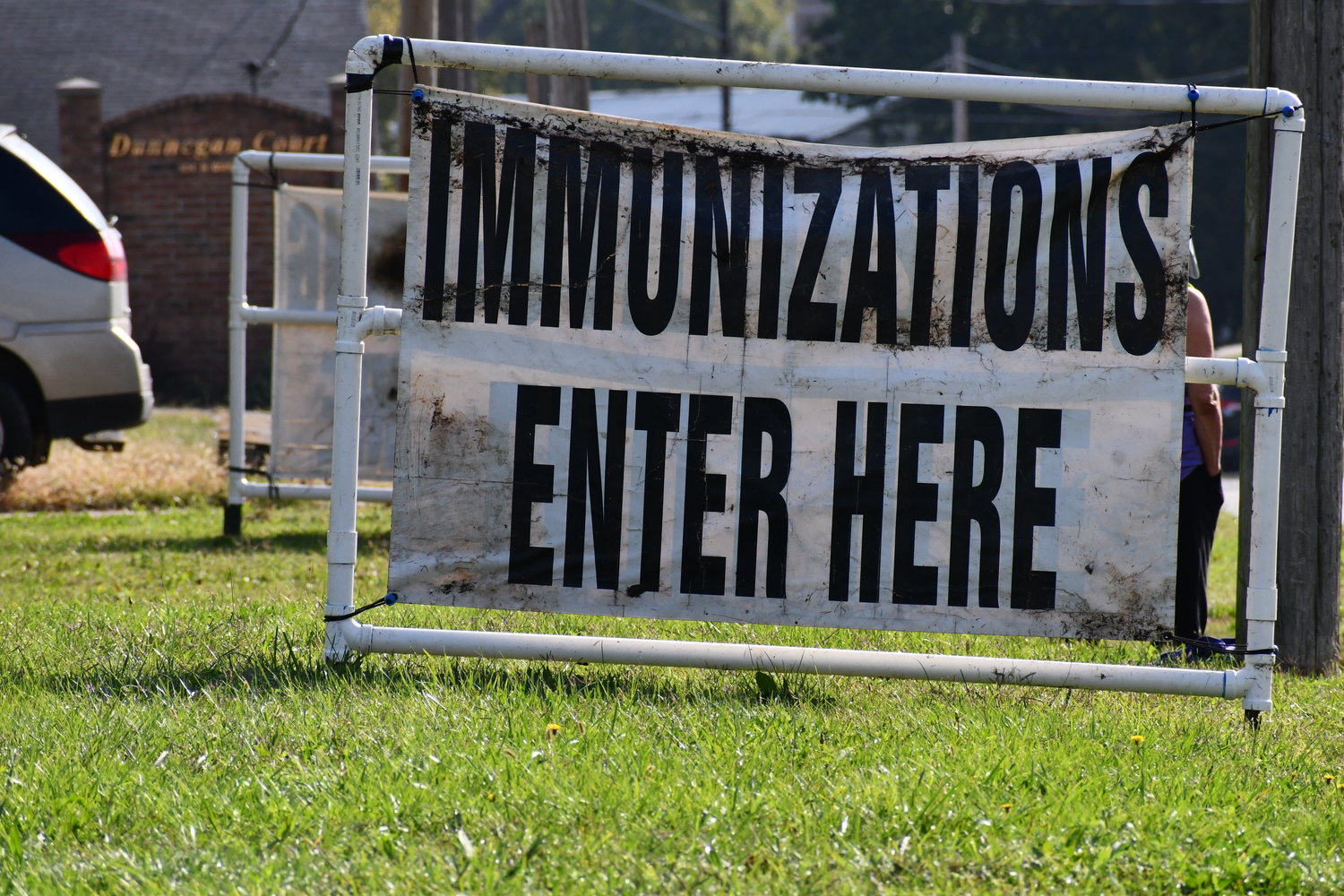 The Polk County Health Center held a mass vaccination clinic for those seeking first, second and booster doses of the Pfizer COVID-19 vaccine on Friday, Oct. 8.

In addition to health center staff, those working at the event included members of the Bolivar City Fire Department and Polk County CERT, as well as a group the staff calls HCK, or Health Center Kids.

While there aren’t any other mass vaccination events scheduled at this time, Bookhout said people ages 18 and older who received their second dose of the Pfizer vaccination six or more months ago are eligible for their booster doses.

Two more Polk County residents recently joined a host of locals who have been named winners in the statewide COVID-19 vaccine initiative drawing.

According to the list of winners on the MO VIP website, found at covidvaccine.mo.gov, Mike Jenkins of Bolivar was one of 20 winners from District 7 to win a $10,000 cash prize in the incentive program’s fourth drawing on Friday, Sept. 24.

Cooper Cribbs of Bolivar was also one of 20 adolescents, ages 12 to 17, who won an education savings account through the Missouri State Treasurer’s MOST 529 program in the amount of $10,000.

As of press time, Cribbs was the only Polk County student to have won an education savings account.

According to a news release from the Missouri Department of Health and Senior Services, a total of 637,485 MO VIP entries had been received at the time of the fourth drawing.

The state’s fifth and final drawing for the program was Friday, Oct. 8, per a news release. The names of the confirmed winners will be announced at MOStopsCovid.com/win on Wednesday, Oct. 20.

The MO VIP incentivized vaccination for those who had not yet been vaccinated, the release stated, and it also provided an opportunity for rewards for the Missourians who had already made the decision to be protected from COVID-19 through vaccination.

Since the MO VIP launch in July, 57,117 adults, ages 18 and over, were vaccinated and entered the MO VIP for a chance to win, the release stated. In total, 900 individuals will have been named MO VIP winners by the end of the program.

Official rules, frequently asked questions and a program timeline are available at MOStopsCovid.com/win. 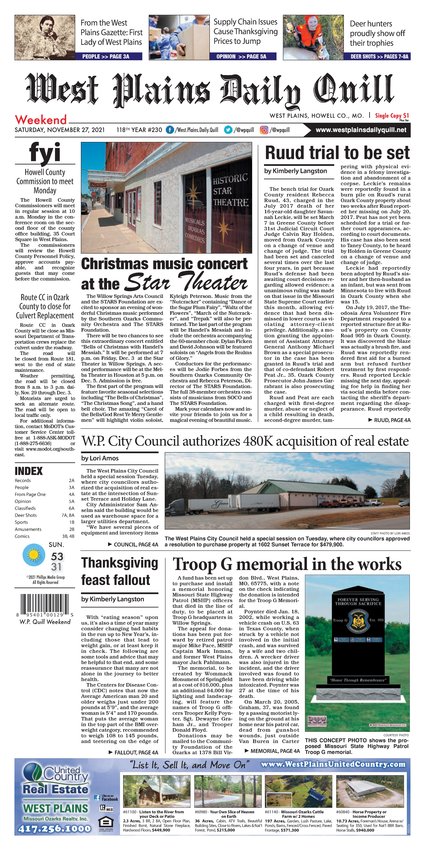 More local news
Republican Women to meet
The Polk County Republican Women's Club will meet at noon Wednesday, Dec. 1, at Brenda's Cafe.   Members are encouraged to bring a gift for a teenage girl as part of Share Your Christmas … Fulbright honored by Hospitals Self-Insurance Fund of Missouri
For decades, Gary Fulbright worked as the Chief Financial Officer of Citizens Memorial Hospital. For the last several years, he has served as the hospital’s Chief Executive …
Fuel adjustment charge to change for Empire Electric customers
Electric customers of The Empire District Electric Company d/b/a Liberty (Empire) will see a change in the fuel adjustment charge on their electric bills effective Wednesday, Dec. 1. The change … 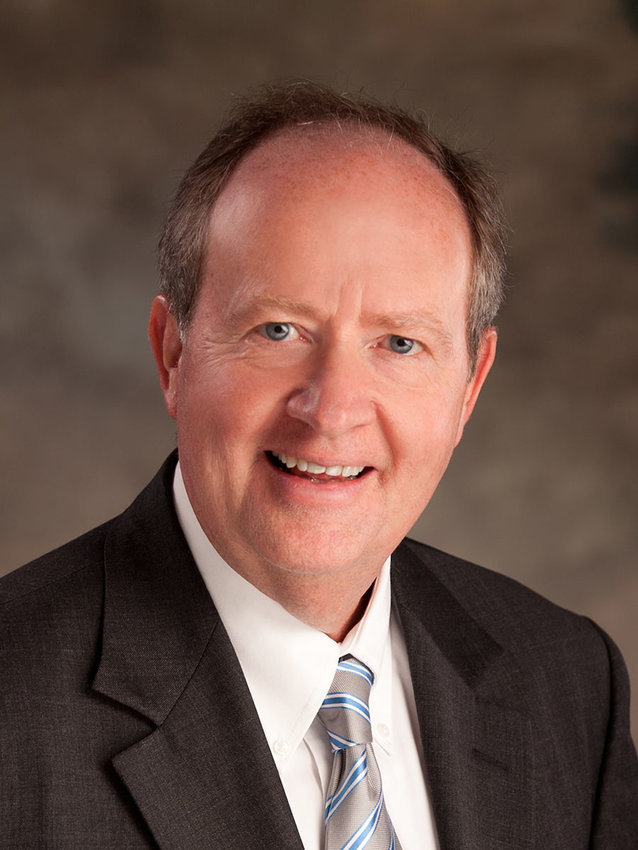 Fulbright honored by Hospitals Self-Insurance Fund of Missouri
For decades, Gary Fulbright worked as the Chief Financial Officer of Citizens Memorial Hospital. For the last several years, he has served as the hospital’s Chief Executive … 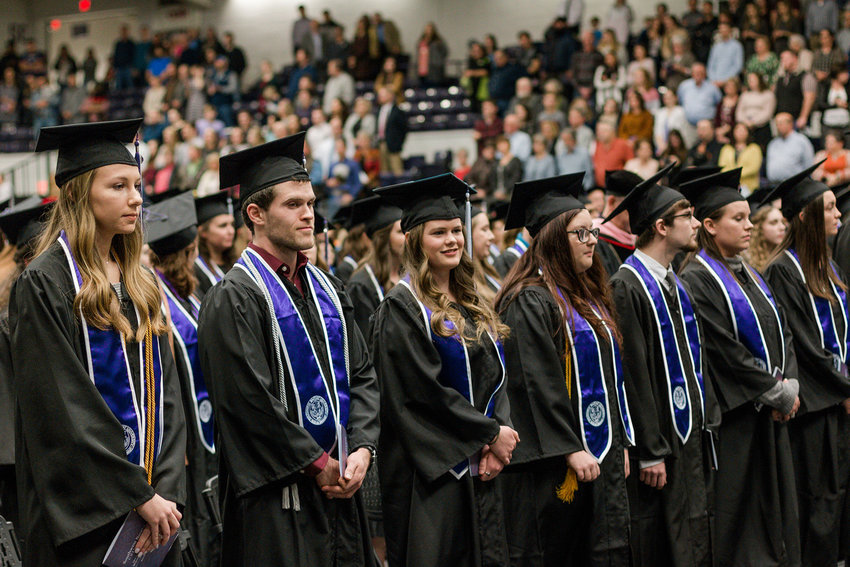