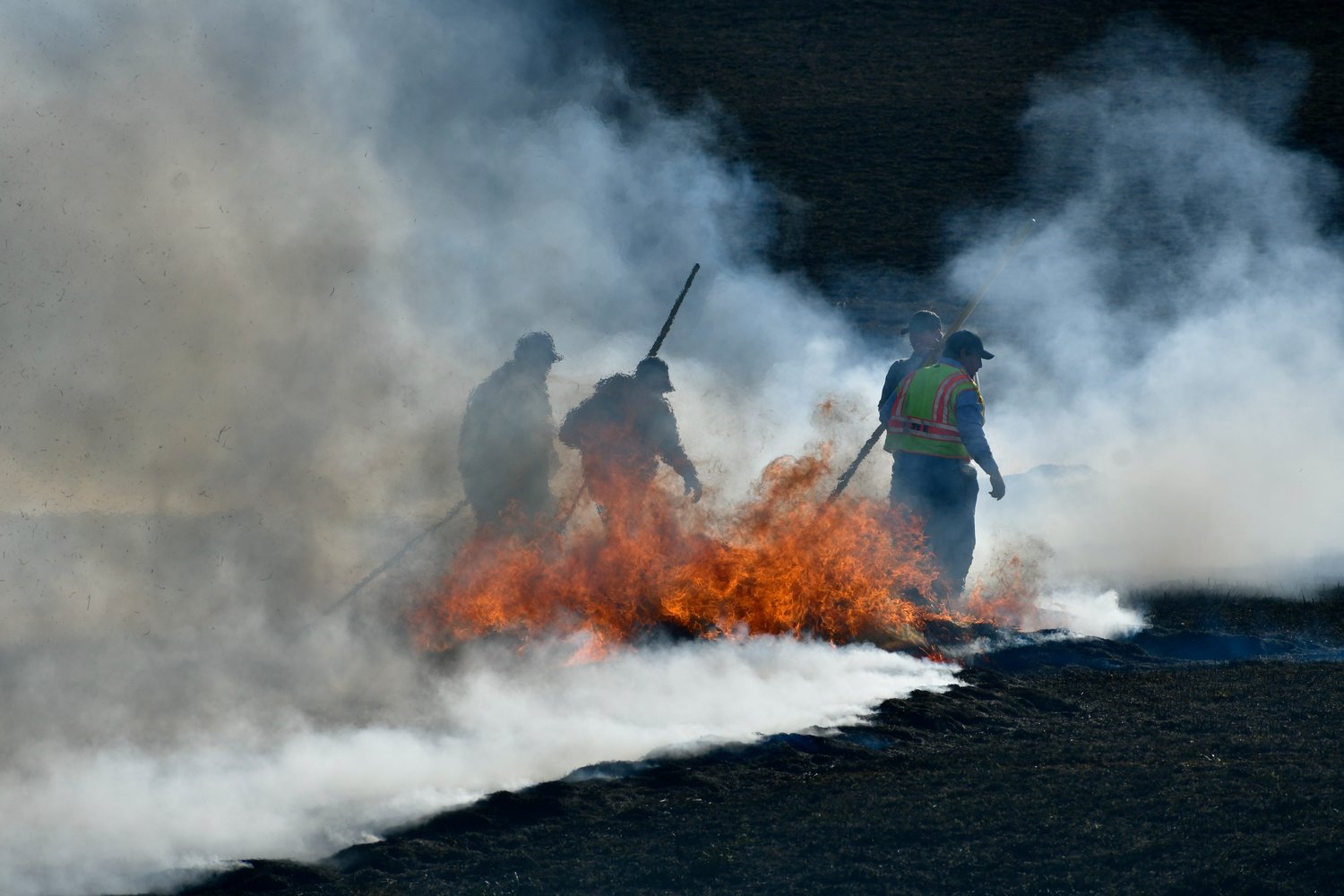 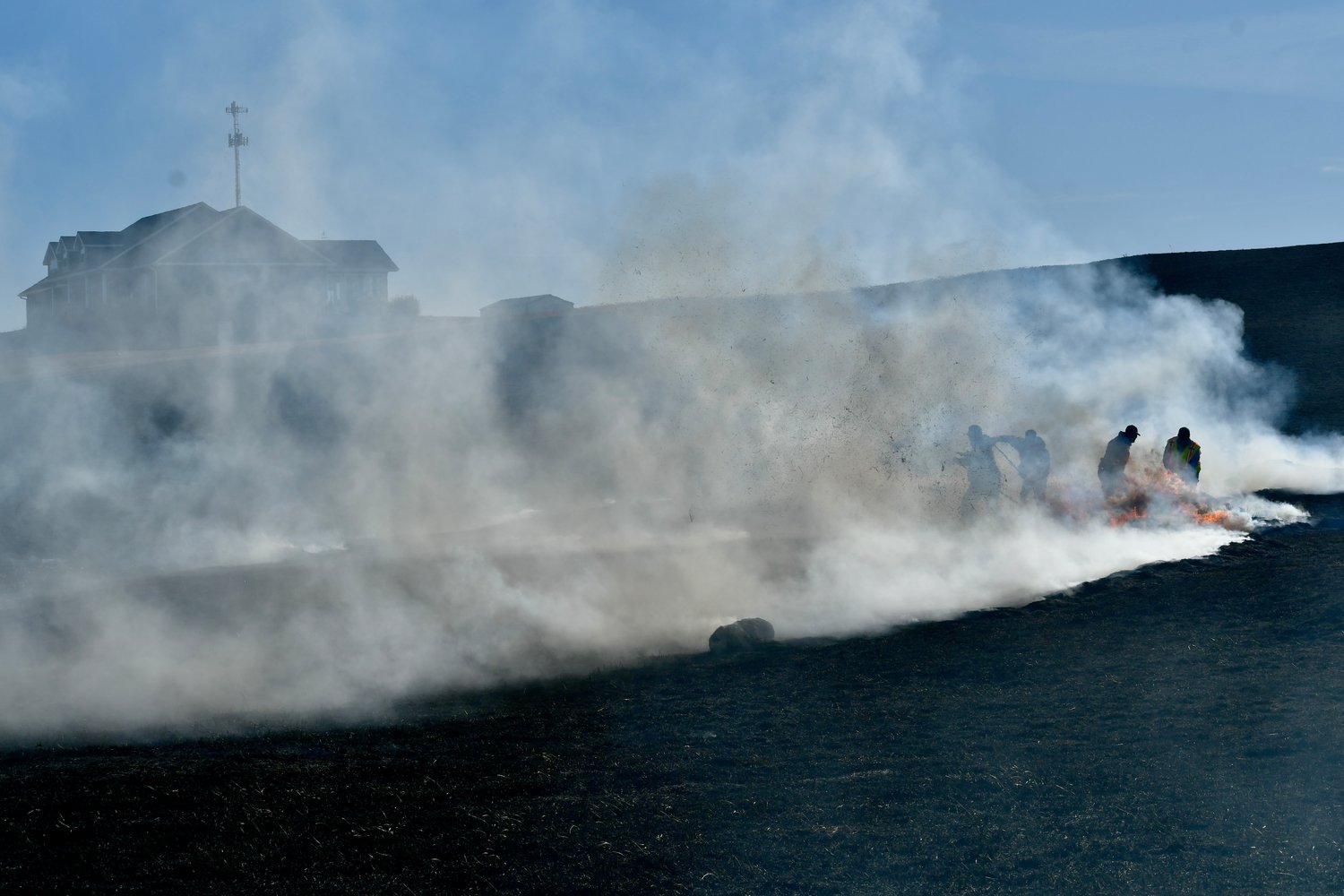 Almost reaching a nearby house, the fire is finally under control after consuming much of the now scorched land.
STAFF PHOTO/LINDA SIMMONS 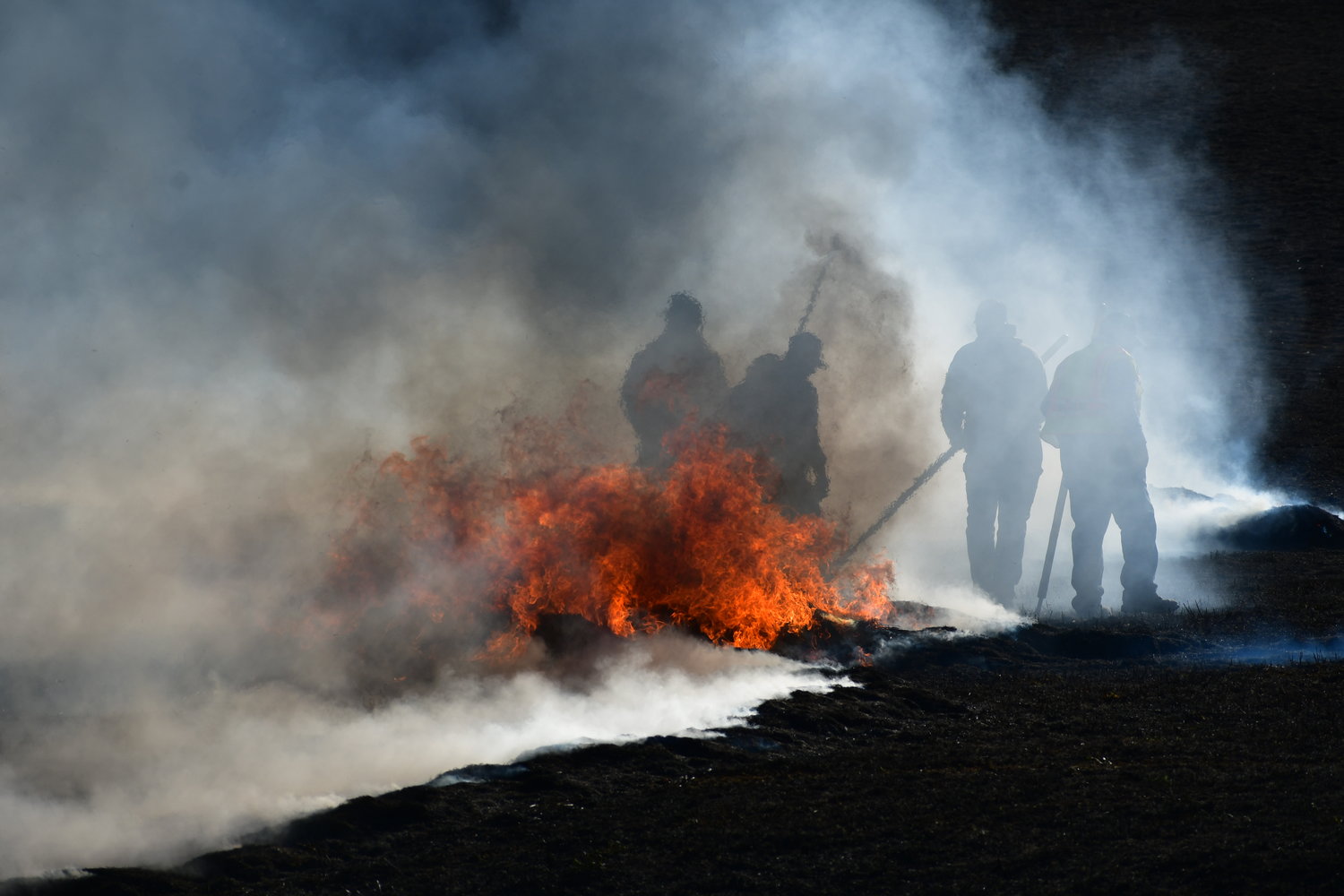 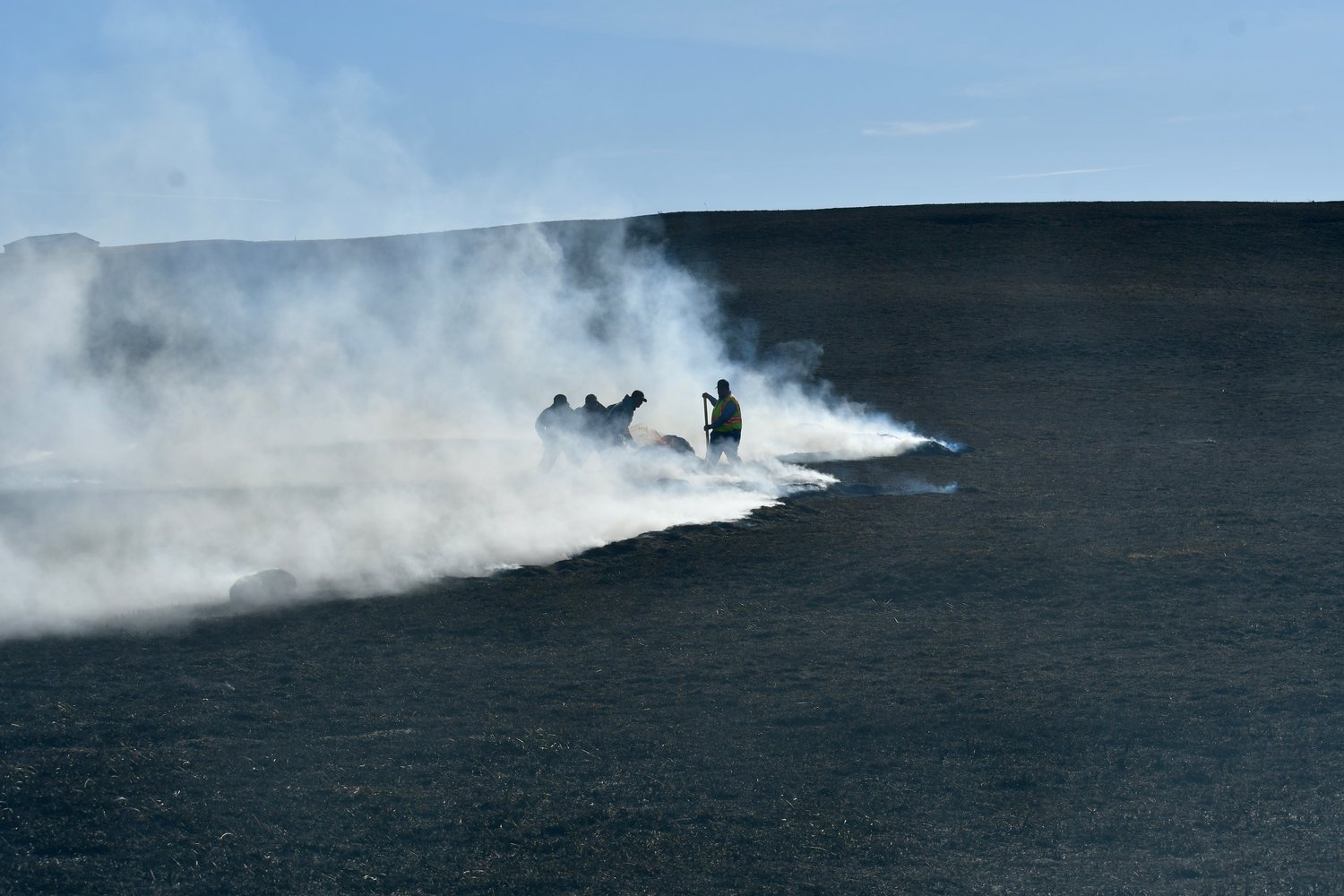 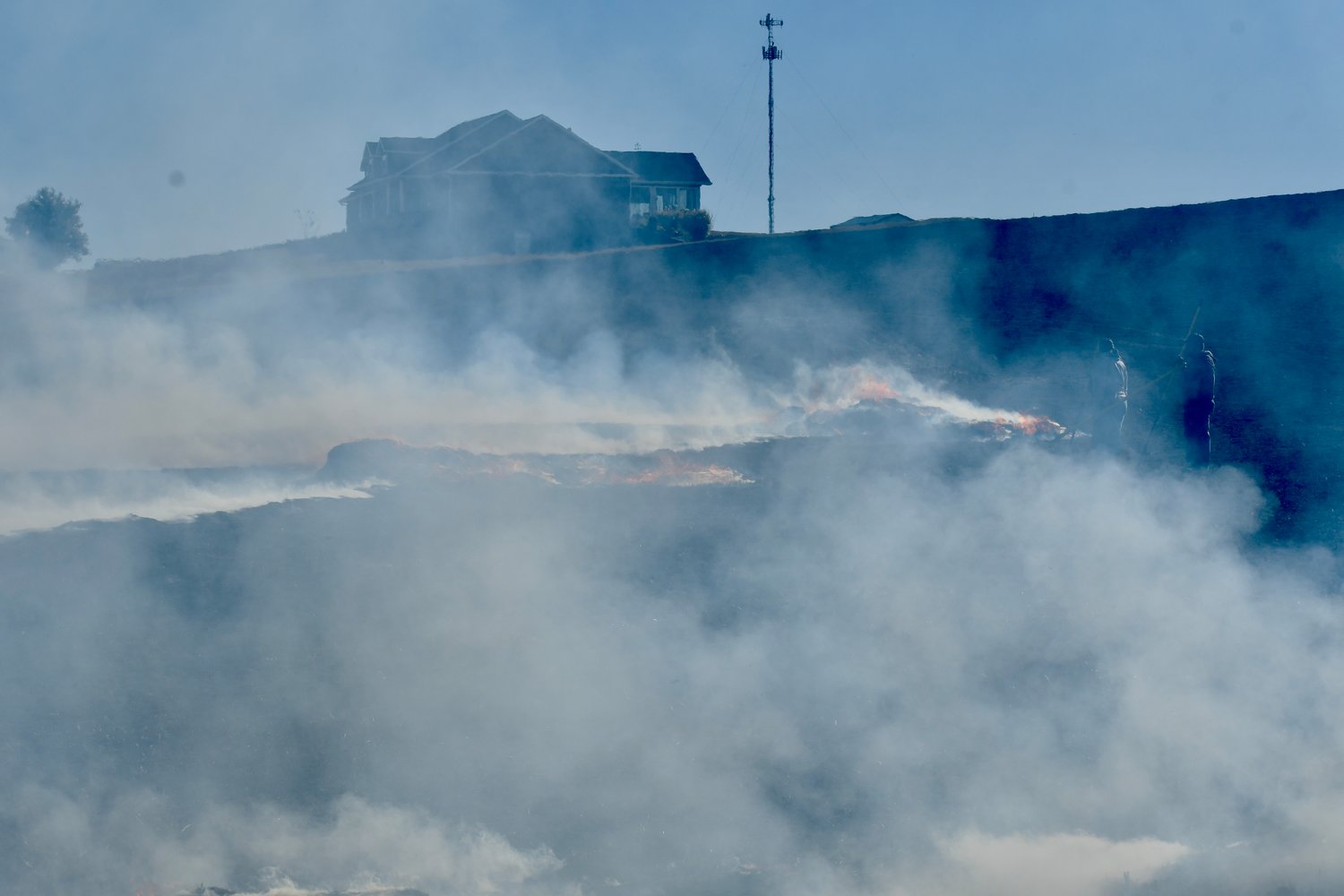 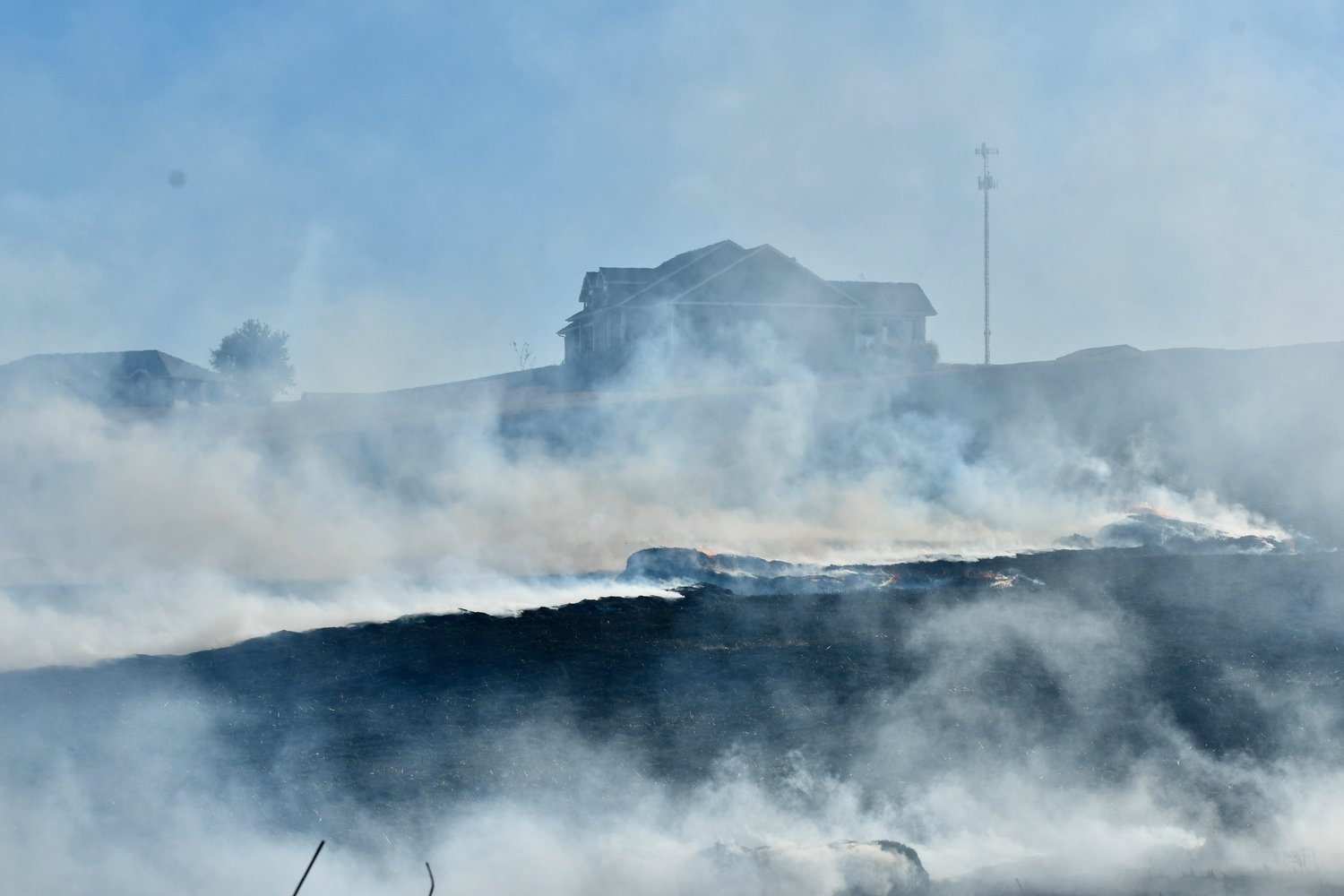 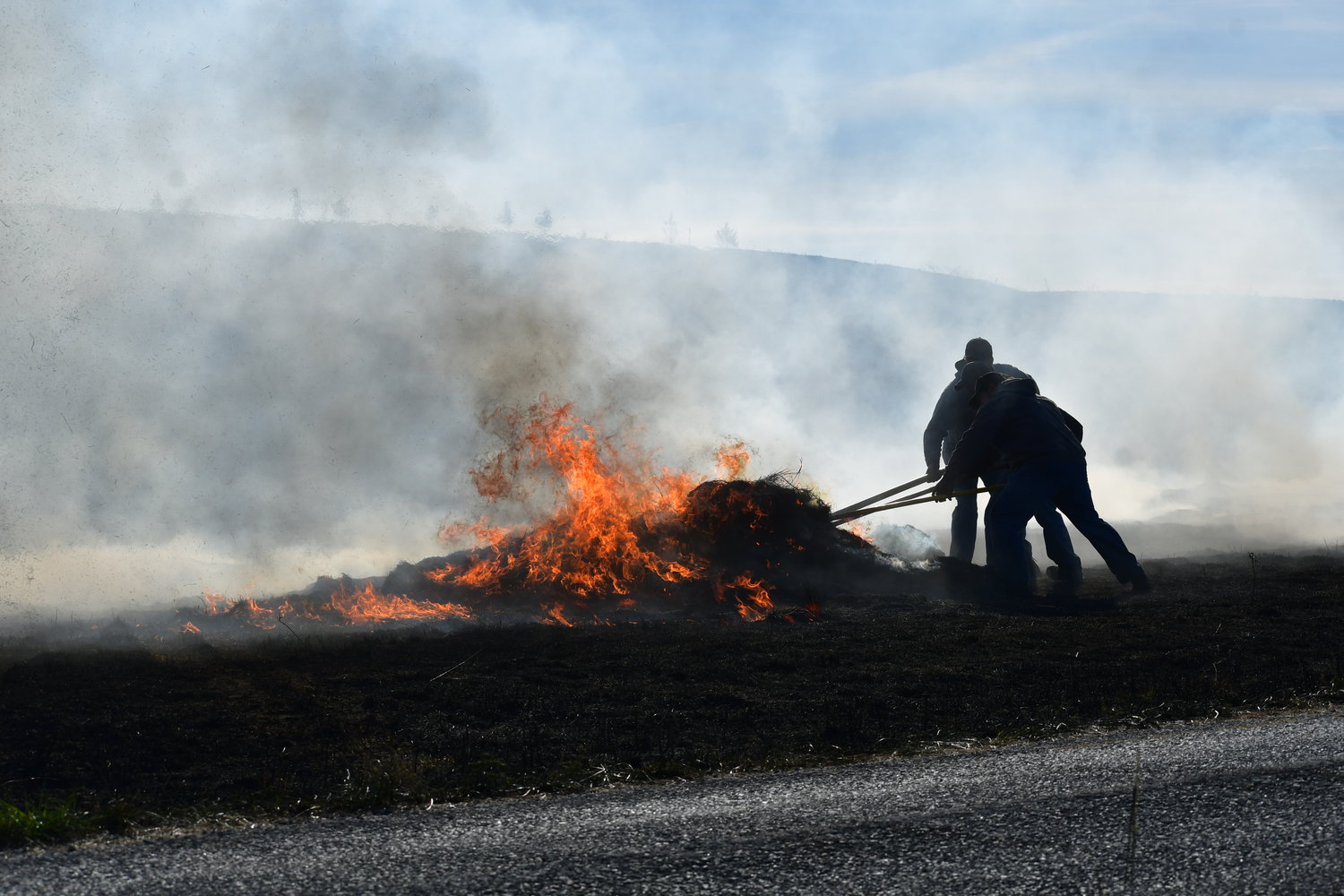 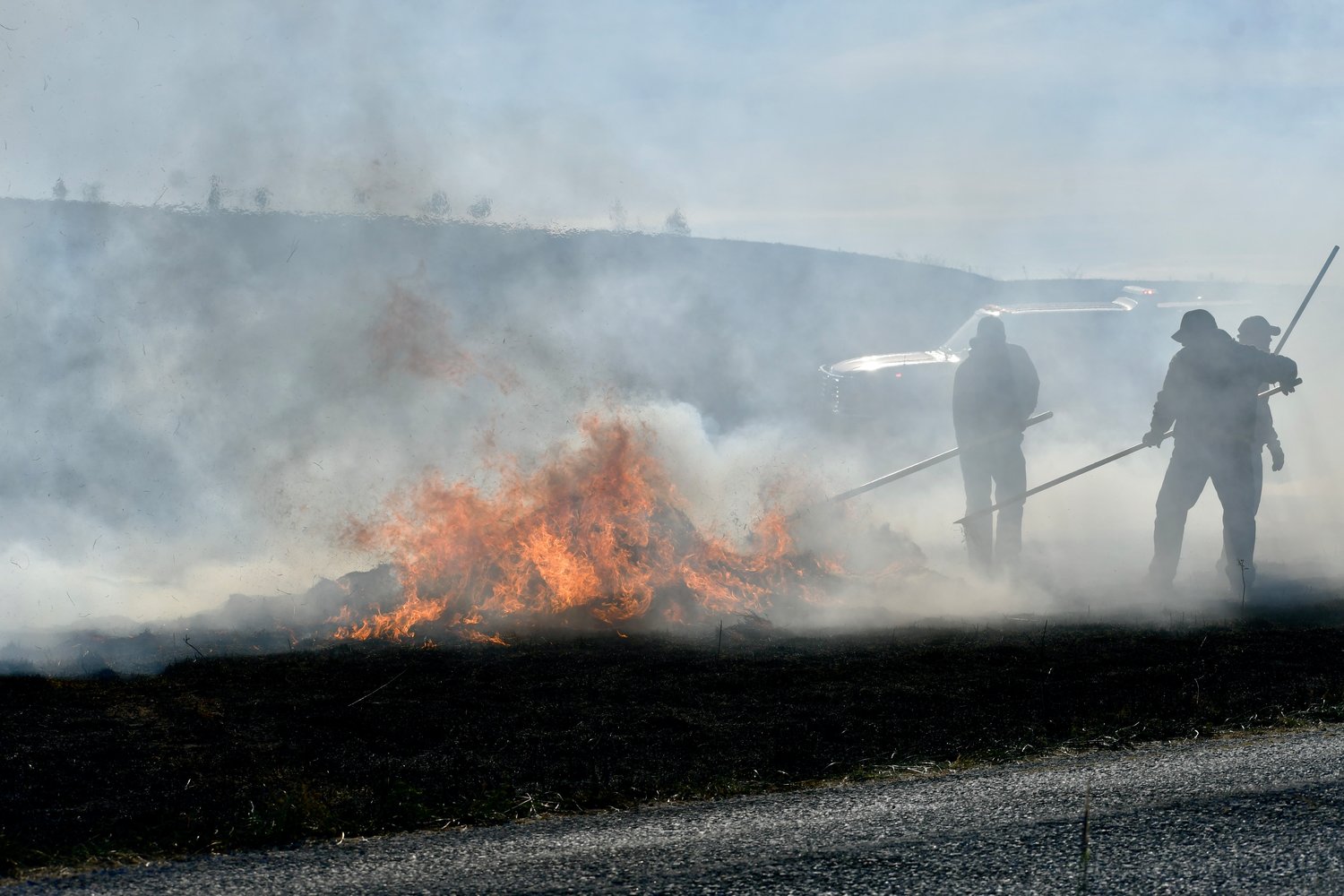 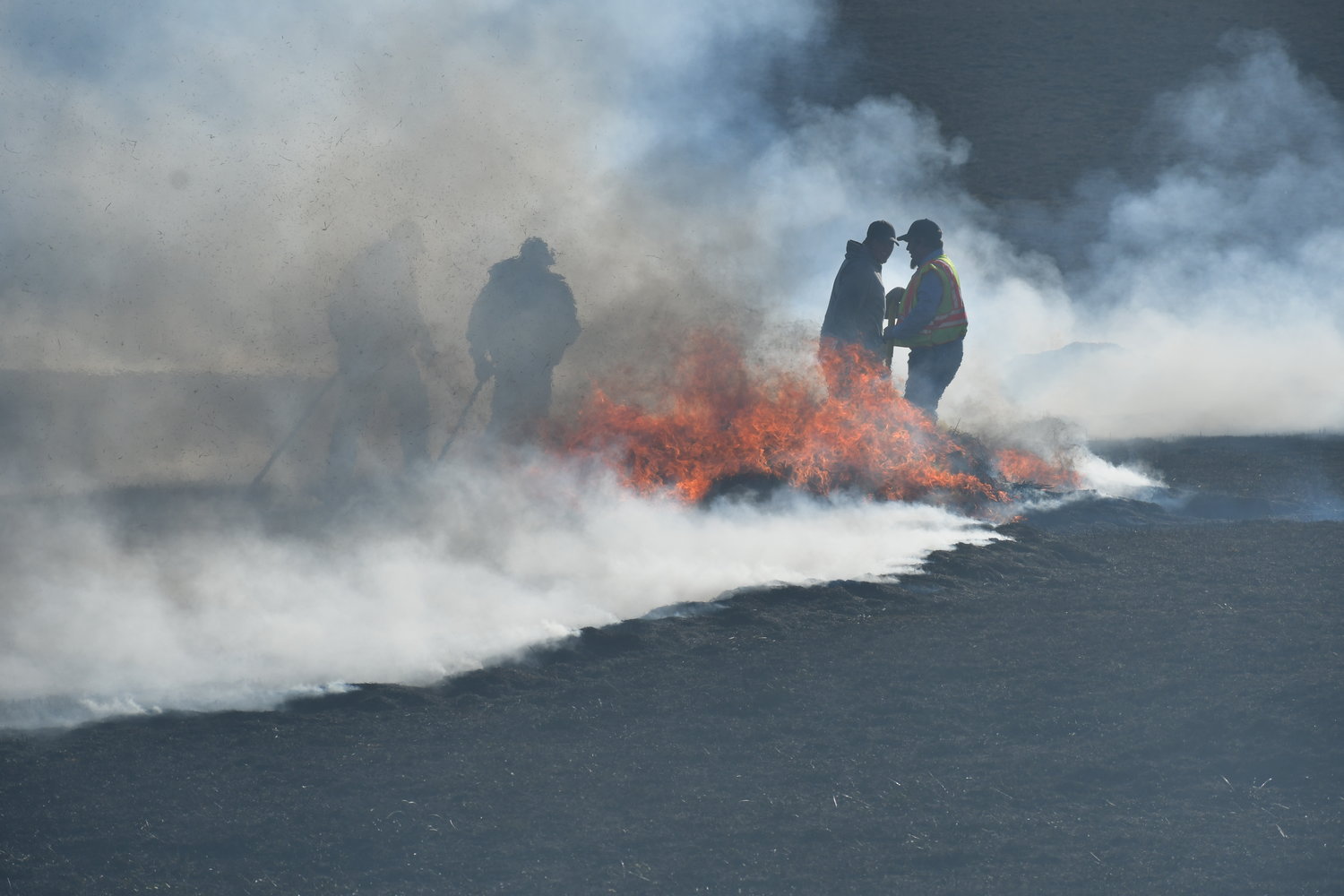 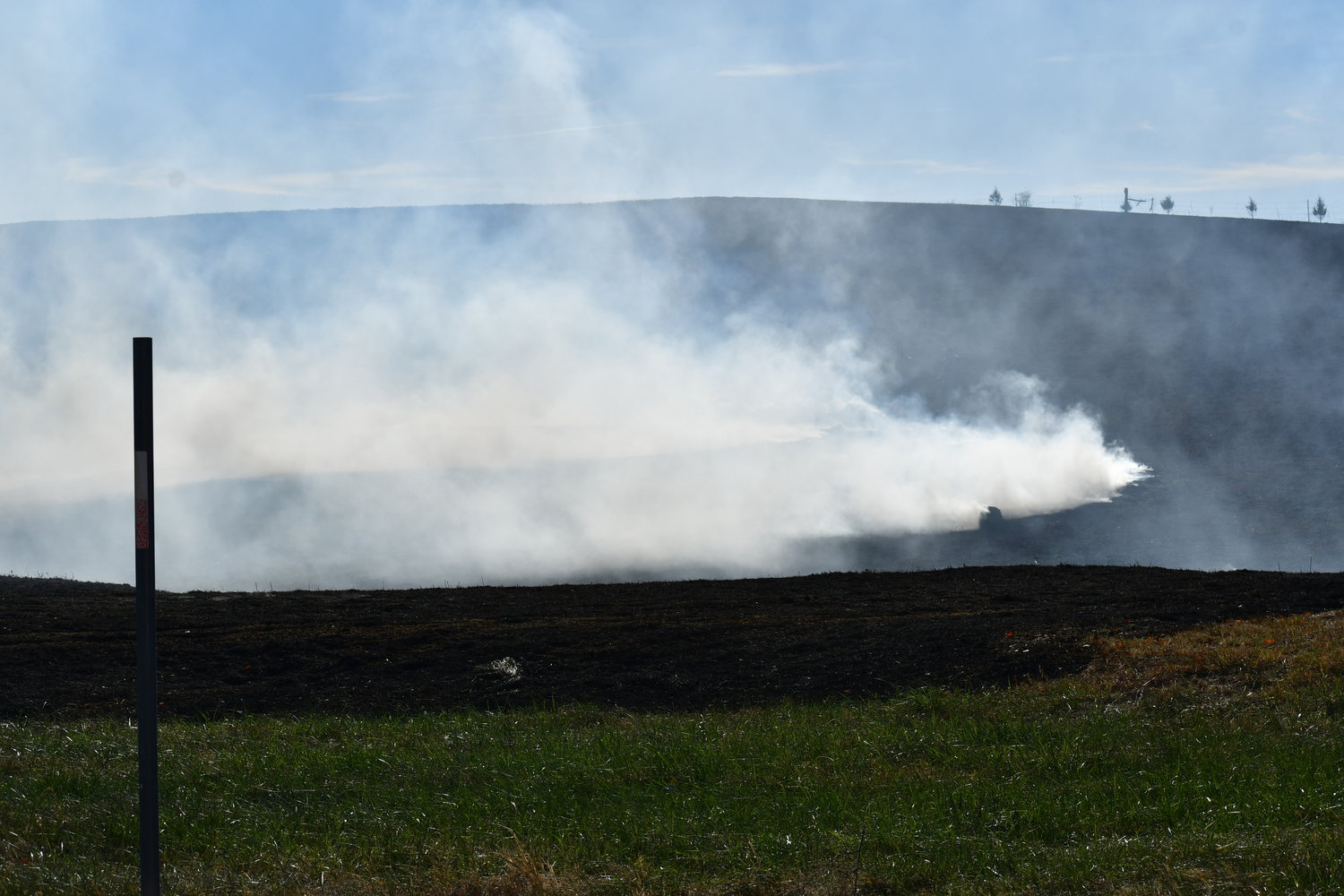 A grass fire near S 124th Road southwest of Bolivar caused a stir on Wednesday, Oct. 19.

According to Morrisville Fire Protection District Captain Jeff Witt, firefighters were dispatched at 1:45 p.m. to subdue the blaze.

Approximately 80 acres were burned as a result of the fire.

“We now have a line around it to contain it, and crews are on the scene to keep the hot spots contained,” Witt said.

Emergency responders from multiple counties, including Polk, Greene, and Hickory, assisted in order to get the fire under control.

No injuries or damaged houses were reported due to the fire.

Authorities still have not determined an exact cause of the fire, and the incident is still under investigation.

“A cold snap freeze-dried everything, so there’s no moisture to aid in preventing these fires. Wind fuels the fire, causing the fires to move very rapidly. High grass can run with a fire very quickly. Conditions keep getting drier and drier,” Witt adds.

A burn ban was issued by the Bolivar City Fire Department and the Polk County Commission and went into effect on Monday, Oct. 17. The ban will continue to be enforced until further notice.

Due to the drought, the ban prohibits all open burning within city limits. Witt also says that residents should not burn trash, drag chains from vehicles on highways, and improperly dispose of cigarettes. Fires are allowed only in grills and designated fire pits.

Questions about fires in Polk County can be directed to Polk County Office of Emergency Management at 417-326-6610.

Questions about fires inside of Bolivar city limits can be directed to the Bolivar City Fire Department at 417-328-5853.