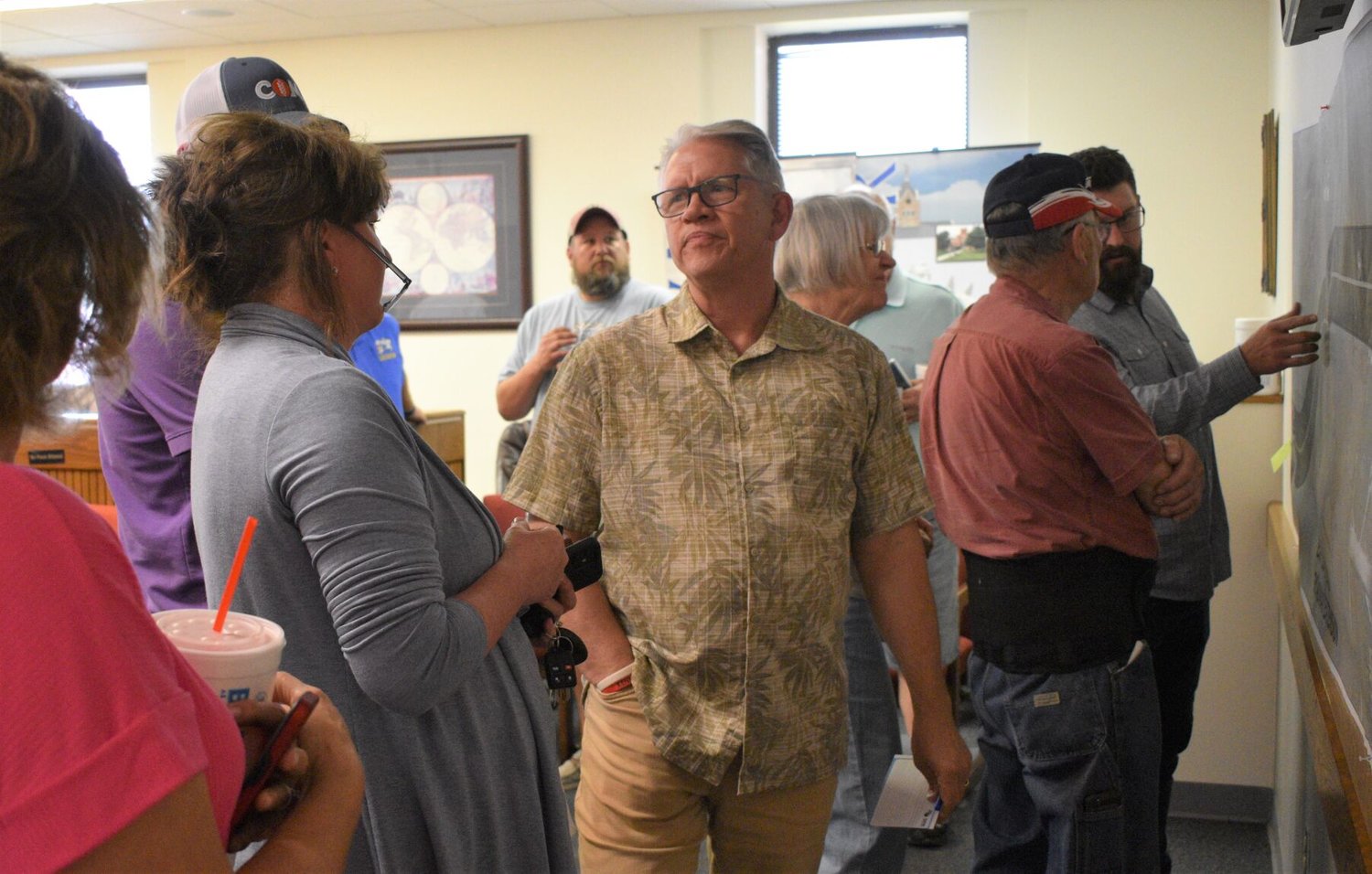 Community members look over an initial map and talk about the East Loop Road project at an open house at Bolivar City Hall in June.
CONTRIBUTED PHOTO 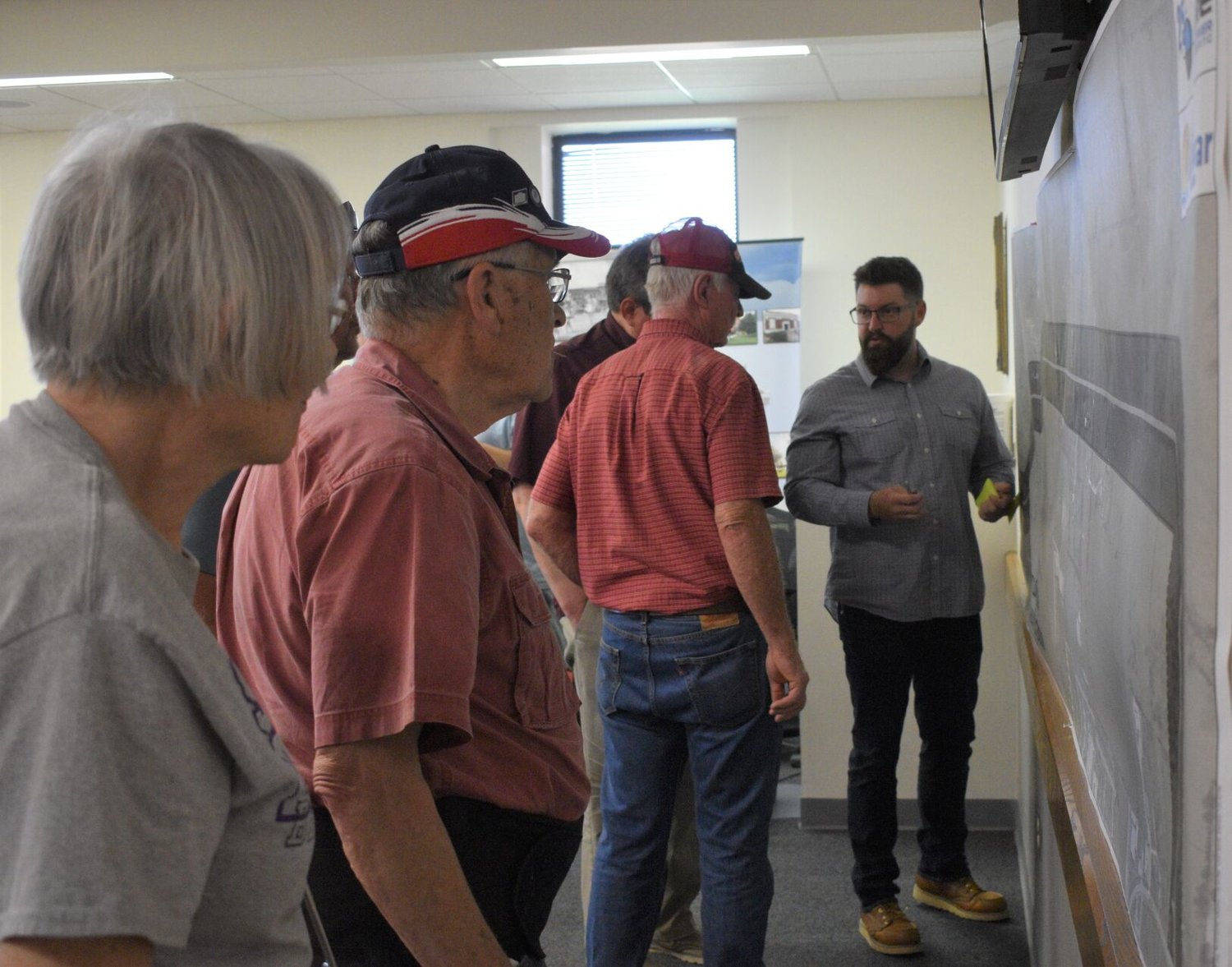 The City of Bolivar is pleased to announce it was recently awarded funding for its proposed East Loop Road project.

Currently, the City anticipates two sources of funding for the project. Federal funds from a Community Projects Funding request made to U.S. Congressman Billy Long’s office, totaling $2.5 million, were signed into the federal budget on Friday, Dec. 23.

The City was also awarded $3,351,055 as part of the Missouri Department of Transportation Governor’s Transportation Cost Share Program on Wednesday, Jan. 4.

According to MoDOT, the Governor’s Transportation Cost Share Program is designed to build partnerships with local communities to pool efforts and resources for road and bridge projects throughout Missouri. The program is funded with a $75 million general revenue appropriation from the Missouri General Assembly.

“The City of Bolivar is excited about the opportunity to be part of this cost share program,” said Bolivar mayor Christopher D. Warwick. “It is not every day you are able to get infrastructure construction costs at 50 cents on the dollar.”

“We know Bolivar is a great place to live and work, and we are thrilled that Congressman Long, Governor Parson’s office and MoDOT agree,” Kyle Lee, the City of Bolivar Community Development supervisor, said. “Continued development and investment in the Bolivar transportation system is vital for safety, convenience and economic development. We are happy about the way these funds will be used to better the lives of all residents and visitors to Bolivar.”

Garen McElroy, Transportation Team Leader with Great River Engineering, said more information about the funding will come in the days ahead.

“For now, we will wait for guidance from the federal and state government on how these funds will be distributed and what processes we will need to follow to use them,” said McElroy.

McElroy said Great River will continue work on the project’s design. He said several portions of the project are ongoing, including the survey, conceptual design, hydraulic analysis and coordination with MoDOT for traffic engineering.

“The next steps will be to work through more details of the alignments and to nail down the footprint,” McElroy said. “We will also begin environmental permitting as soon as possible.”

While the East Loop has been discussed by leaders for around two decades, the City of Bolivar recently renewed interest in the project following the City’s 20-year comprehensive plan completed in 2021.